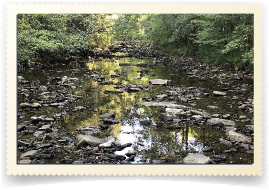 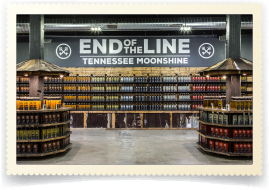 Morgan County is located in Eastern Tennessee among the Cumberland Mountains. This wonderful place we call home is rich in heritage, history, and beauty. From Frozen Head State Park to the Obed Wild & Scenic River, from Historic Rugby to Lone Mountain State Forest, you will find a beautiful and friendly place to live, work and raise your family. We are home to the Cumberland Trail State Park, Catoosa Wildlife Management Area and are neighbors to the Big South Fork National River and Recreational Area.

In 1805, the Cherokee ceded what is now Morgan County to the United States by signing the Third Treaty of Tellico. The first settlers arrived in the area shortly thereafter.

Wartburg was founded in the 1840s by George Gerding, a land speculator who bought up large tracts of land in what is now Morgan County with plans to establish a series of German colonies in the Cumberland region. German and Swiss immigrants arrived at the site by traveling from New Orleans up the Mississippi, Tennessee, and Emory rivers. They named the settlement after Wartburg Castle in Germany. Wartburg was officially incorporated in 1851. In 1870, Morgan County elected to move its county seat from the now-defunct town of Montgomery to Wartburg. The arrival of the railroad in 1880 expanded logging and coal mining operations in the Cumberland region, moving Morgan County away from an economy based on subsistence agriculture to a wage-based economy. Today, Morgan County is home to Frozen Head State Park, the headquarters of the Obed Wild and Scenic River, Lone Mountain State Forest, Catoosa Wildlife Management Area, Historic Rugby Tennessee, the Historic Brushy Mountain Penitentiary and also part of the Big South Fork National River and Recreation Area.

We believe Morgan County, TN is poised for great economic improvement and the Economic Development Board is a great catalyst in this effort. For more information, you can contact the Morgan County EDB at (423) 346-9400.

Click here for even more information on the economic opportunities in Morgan County, TN:

Morgan County just launched this new county website to make it easier than ever for the citizens to get the information they need.

This message is only visible to admins:
Problem displaying Facebook posts. Backup cache in use.

Share on FacebookShare on TwitterShare on Linked InShare by Email